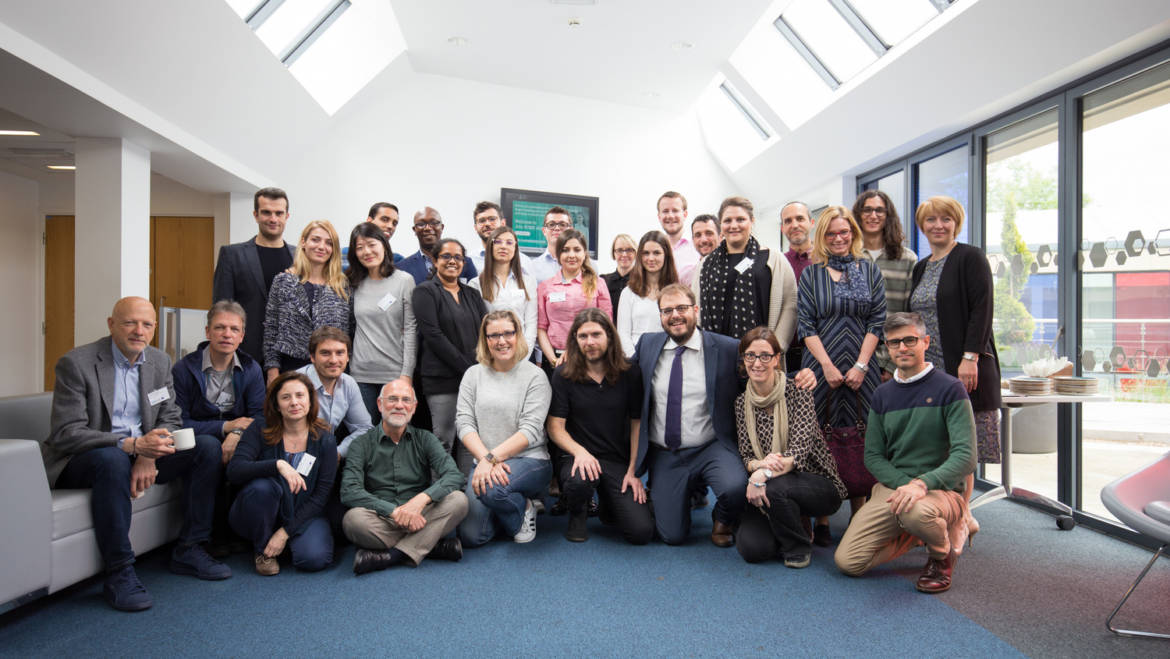 The Sheffield Summer School has represented the official launch of ReTraCE project (www.retrace-itn.eu) funded by Horizon 2020 EU’s Marie Skłodowska-Curie Innovative Training Networks,  to achieve breakthroughs in understanding how the transition towards a Circular Economy can be realised. The program (1st Retrace Network School 3rd-7th June 2019 – University Management, Sheffield, UK), designed by the project Supervisors, led by Prof. Andrea Genovese, included important representatives from the academia, the United Nations, and from the industrial world.

For the 15 ESRs, coming from every sides of the world and from different backgrounds, and located in different Partner Universities and institutions around Europe, the Network School has been the first occasion to meet and to engage in a fruitful discussion. Also, the agenda has been explicitly built to challenge us from the beginning of our research path, to put into discussion our assumptions and our perspective on the complex topic of the Circular Economy, calling for a multidisciplinary effort.

As a starting point, we have appreciated the lectures handling general research methods related to the first year of our PhD with the Prof. Seuring. Then, the focus shifted to existing applications of Circular Economy, comprising not only bottom-up experiences in specific ecosystems and innovative business models, but also top-down Circular Economy examples, coming from public policies or central planning. The schools of thought and the relevant past contributions that have shaped the current idea of Circular Economy has been mentioned in an explosive masterclass by Dr Anthony Chiu. These established applications identify a perimeter in which production systems could be designed to valorise the exchange of waste as a resource, to include reverse logistics processes as a mean to close products component and materials loops.

Various lectures brought the idea that the Circular Economy has been strongly recognised by major stakeholders in the current context, as a driver to decouple economic growth from the consumption of primary resources. Innovation and technological development inspired by this paradigm are considered as primary levers to reach UN Sustainable Development Goals and to achieve a green growth. At the same time, it has also been recognised by other lecturers that the research on the Circular Economy could not leave aside the difficulties of such a model to establish itself in a context characterised by free market like the EU, in an economic system that is designed on increased consumption of resources and on the hope of an eternal and more rapid growth.

As pointed out by Dr. Mario Pansera, the context inside which we produce innovation, is not neutral or apolitical, and it is rarely coupled with an honest concern on the implications on the society and on the environment. If they want to be competitive and to grow, companies are often forced to accelerate the pace at which they release new versions and launch new products. This is in conflict of course with the ambition of a Circular Economy , like the design for longer product life, the reduction of primary resources consumption and the responsible planning of end of life strategies that could allow not to lose valuable materials. For these reasons, in the last days of the summer school, we were challenged to analyse the problem also through the lenses of alternative epistemological approaches as a mean to imagine a more responsible innovation, discussing also broadly on the kind of society that we, as researchers, want to contribute to build.

The questions that have arisen in the daily debates comprised the following ones:

At the end of the school, the doubts are much more than at the beginning, as in the intentions of our supervisors. We are only at the beginning of a travel that should deliver in three years results and answers, supporting the implementation of the European Commission’s Circular Economy strategy.

After our first week together we are now extremely motivated to receive a world class training and to develop our careers in the field of the Circular Economy, and this is something we all expected also before this week. What we might not have expected was the awareness of being part of such a fantastic team of researchers, professors but most of all of friends. And this will definitely help in the process, and enrich the journey of .