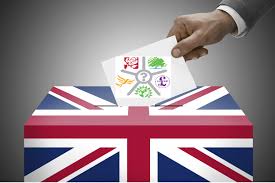 On the 12th of December, the UK general election will take place. While the debate has been mainly focused on Brexit and the National Health Service, Environmental and Climate Change issues have been at the centre of the political agenda in latest weeks.
Most of the parties state some common objectives when it comes to dealing with such issues, setting targets for reaching net zero emissions, promoting regulations to reduce and recycle specific waste streams and incentivising sustainable life-styles among British citizens.
However, some big differences can be noticed in the narrative and in the promised measures of the main parties, and also in the different use of specific keywords, such as Circular Economy. Specifically, the Green Party, Liberal-Democrats, SNP and Plaid include the concept of “Circular Economy” in their manifesto. However, relevant CE-related policies can be recognised in each other party programmes as well. For this reason, by reading the six main parties Manifesto, we tried to understand which is their understanding of the Circular Economy principles, the main actions they are planning and the expected benefits and costs from the transition.

Despite the world-leading 2050 target announced in June, Tories put together the least articulated proposal in terms of environmental issues. In a survey published last week, Friends of the Earth (FoE) claim Tories has the weakest plan over all the parties to protect nature and combat climate change. However, some of the pieces of legislation promoted during their years of government represent an important pledge to move to CE, like the 2019 Environmental Bill and the 2018 Waste and Resource Strategy.
They call mainly for light regulation in the form of incentives and taxes, placing emphasis, more than any other party, on market forces for driving innovation and reaching agreements. “We will work with the market to deliver two million new high quality jobs in clean growth”, is one of the statements which can be read in the manifesto.
This is reflected in very light interventions, which act both at the level of manufacturers and of consumer behaviour. On one side, they talk about extending producer responsibility as a lever to reduce waste; on the other side, they include in their program small-scale investments in consumers’ deposit return schemes in order to incentivise people to recycle plastic and glass. Incentives are provided also to boost the diffusion of energy efficient and renewable energy solution and to technological innovation.
Expected results of these policies include a gradual conversion to renewables and plastic waste reduction, thanks to an increased proportion of recyclable plastics in packaging. UK is expected to become carbon neutral before 2040, while still fuelling a positive growth-rate for British economy.

Labour
Jeremy Corbyn’s team detailed and articulated his party ideas in the 44-pages document, Labour’s Plan for Nature. In the document, they do not only outline the need to account for the real cost for the society of prevailing business practices (which should reflect air, water and soil pollution and harmful waste); rather, the Labour Party manifesto questions, more broadly, the injustices related to what is defined as a throwaway economy. This gives voice to some of the Climate justice movement requests.
As such, Labour strategy aims at improving social justice transitioning towards a low carbon economy. Their plans include not only small-scale investments and incentives (like bottle return schemes), but also large public expenditure (£4.5bn) in waste and recycling infrastructure. Such infrastructure include three large scale steel recycling plants, nine new plastics recycling and manufacture sites, fifteen anaerobic digestion sites for food recycling and capital grants to local authorities for new re-use and recycling centres. An increase in recycling and in the reutilisation of recycled materials would help creating local manufacturing capacity of new products and new jobs in green industries. While the keyword “Circular Economy” is not explicitly mentioned in the Manifesto, it can be seen that the Labour Party proposes an ambitious plan which is clearly inspired by some of the ideas behind this concept (such as the need to expand the infrastructural capacity linked to recycling and remanufacturing).
A £250 billion Green Transformation Fund will be made available for further public investments. This fund (in the next 10 years) will support accessible and clean public and private transport, a decarbonisation process of energy intense industries, and the development of renewable and low carbon energy sources to power our society, industries and to upgrade almost all the UK’s 27 million homes.
Another interesting point is related to the participatory nature of the transition; the Manifesto explicitly mentions the need to have local people’s assemblies for deciding economic and environmental priorities in order to achieve a fairer and more sustainable society.
The already mentioned Friends of the Earth (FoE) survey claim Labour has the strongest environmental plan over all the parties.

LibDem
In her manifesto Jo Swinson describes the adoption “circular economy techniques”, as a key aspect of successful economies of the future. Expected benefits include to “cut costs for consumers and businesses, protect the environment and create new jobs and enterprises.”
However, the LibDem way towards a CE and towards is mainly based on tougher regulation, given the aversion to public investment. “A socialist planned economy is no way to tackle the environmental crisis”, is mentioned in the Manifesto, which also commits future LibDem governments to operate under a permanent spending surplus.
A Zero-Waste and Resource Efficiency Act covers the extension of the forthcoming EU ‘right to repair’ legislation to fight against the problem of “planned obsolescence”. Also, a deposit return schemes for all food and drink bottles and containers is envisaged, along with the establishment of a statutory waste recycling target of 70 per cent in England, banning non-recyclable single-use plastics.
Business action is considered critical to reach the Paris Agreement targets on climate change. For this reason, the LibDem believe it is essential to support and guide large companies, setting legally binding targets for reducing emissions and the consumption of key natural resources.
The necessary resources for industry transformation should be provided by the private sectors, which needs to be properly incentivised. The creation of a new Green Investment Bank (£5 billion of initial capital) will use public money to attract private investments in zero-carbon and resource-efficient infrastructure and clean technologies.
An additional £12 billion over five years will be provided to support existing commitments in Renewable Energy and in Resource Efficiency in homes.
To discourage the use of air travel, a new tax regime will target the 15% of people who take 70% of flight (a measure that is included also in Labour and Green Party programs).

Green
The most ambitious declination of Circular Economy can be found in the Green party Green New Deal. The focus of the party platform is not only on recycling, but also on repairing activities will be made easier for all, reducing the need to buy new, expensive products on a regular basis. In the Green Party manifesto, the whole idea of economic growth is questioned; growth shouldn’t be a dogma, especially if it impacts negatively communities and environment.
The Greens call for the necessity of rebalancing the industry, away from the fossil-fuel past and towards a renewable future. A huge investment in training and skills (£2 billion per year) is considered central to support a “circular economy green industrial revolution”, which could design out “waste and pollution, keeping products and materials in use, and regenerating natural systems”. The shift is believed to guarantee new local jobs in every corner of the country and in general the potential for a safer, fairer future for all.
Elected local authorities will be given the power to decide how national government funding should be spent, for example boosting the repair and recondition sector with new apprenticeship schemes, or developing new recycling infrastructure. Bottom-up initiatives are also considered important, especially considering community interest companies. Regional mutual banks should invest in start-ups, co-operatives and other non-profit businesses.
In addition, more traditional ‘right to repair’ policies, single-use plastics ban and Carbon tax are mentioned.

Plaid
Also the Welsh regional party, Plaid Cymru, explicitly mentions the Circular Economy concept. The need to dramatically reduce plastic waste is part of the party’s commitment, through a combination of legislation and policy initiatives. The ambition of ensuring a Zero Waste Wales by 2030 will be possible through banning single-use plastics, developing sustainable alternatives and increasing recycling targets, making use of “Deposit Return Schemes, extended producer responsibility” and of “planning laws, levies and tax-making powers”.
Great attention is put also on setting a national and regional plan to reduce air pollution, with the Clean Air Act for Wales. This plan should “give communities the right to place pollution-monitoring equipment outside schools and hospitals and enable local authorities to introduce pollution and congestion charges.”
The role of behavioural change of citizens is stressed as well, with a Bike Reward scheme and Electric Vehicle Charging network investments, which should accelerate the transition to an electric transport system so that petrol and diesel cars are phased out by 2030.

SNP
Scotland is a world leader in the transition towards a low carbon economy, having the toughest legally binding Climate Change targets in the world (a 75% reduction in emissions by 2030, net zero carbon emissions no later than 2040 and net zero of all emissions by 2045). In 2018 nearly 75% of the electricity came from renewable sources, and important efforts have been done to reduce waste, and to reuse and recycle materials more effectively. To encourage this further SNP is planning to introduce a Circular Economy Bill in the coming year, that will enable charges to be applied for items such as single-use coffee cups.
SNP is aware that a just transition should maximise the economic and social benefits and manage the risks and challenges, helping to tackle inequality and poverty, and promoting a fair and inclusive jobs market. They plan to activate infrastructure projects and to support businesses with £2 billion long-term capital investments, creating the Scottish National Investment Bank.
They intend to limit oil and gas industry power, creating a “Net Zero Fund with the expected £8.5 billion revenues over the five years to 2023-24. The fund would then help pay for the energy transition through investment in areas such as renewable energy, electric vehicles and carbon capture utilisation and storage.