Ready to shape the future! 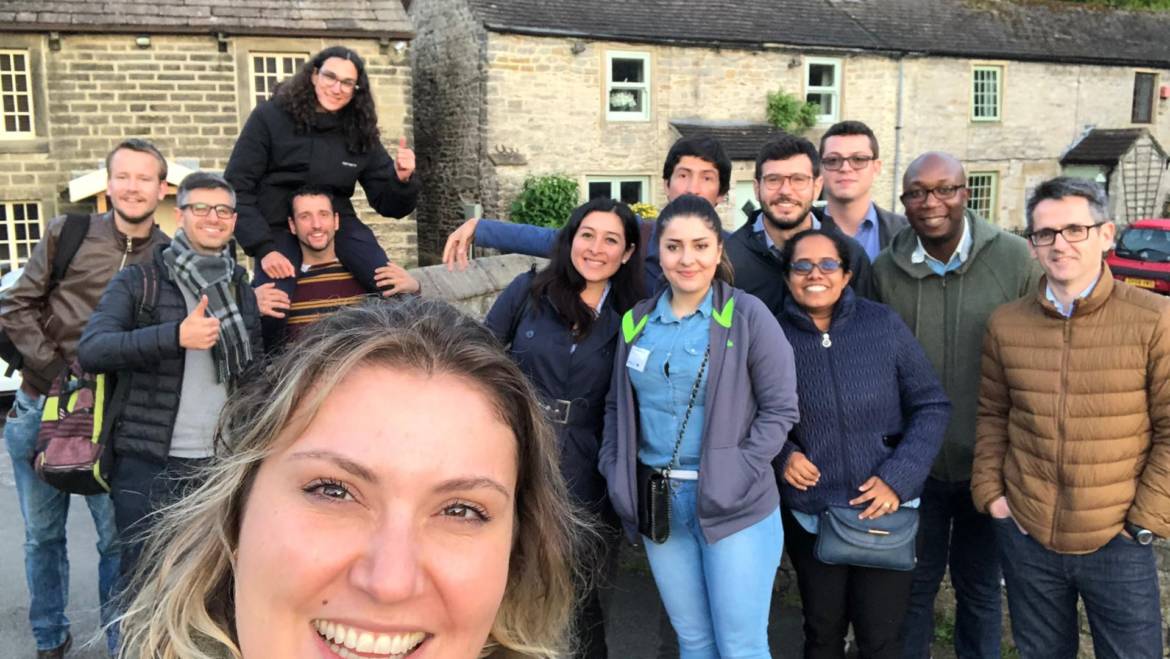 Circular economy is the buzz word these days and the task ahead of us as the recently appointed Early Stage Researchers in pushing the circular economy (CE) agenda through research is huge and challenging but at the same time very exciting.

In the past 5 years as an environmental professional, I approached circular economy questions very formally and simplistic within the confines of environmental regulation and standards. This was a reflection of my training. When analysing environmental issues, the task was protecting the environment, meet regulatory requirements and make recommendations.

This is a simplistic method of analysis and I found this to be unsatisfactory. It did not answer the “why” questions. I was keen to understand why should we move towards circular economy instead of linear production (Take, Make, Dispose). For example, I wanted to know the implications of a CE in terms of the economy, environment and social impacts respectively.

I was curious to know if CE is just a theory and if it is not a theory, how is it being implemented around the world. Are CE implementation strategies and the CE implementation experiences being developed yet so that industries around the world can shift from linear production systems to more circular and what are the barriers to its adoption? These answers were not easy to find in literature itself, but outside, in external sources, such as ReTraCe a funded program by the European Commission which promises to unearth new knowledge and findings on realizing the transition to the circular economy within Europe and of course working in collaboration with other partners in the global south.

The ReTraCe research program where the 15 ESRs will be dwelling on the CE subject for the next 36 months will answer some of the curious questions raised above and very often answers lay beyond individualism but in a cohort where ideas will be shared within the four work packages on the program whose nexus is unbreakable.

These approaches can help myself and other ESRs to understand the nature of CE. Recognising, for example, that environmental benefit itself is a social and economic construct; a product of human imagination and input the strength of which depends upon our collective belief and effort. It is from political science that we also learn a lot more about political norms that influence the behaviour of political actors towards each other. These norms, such as mutual toleration, are not found in any books of economics or environmental science. And yet they play a very critical role in how political institutions work to influence CE implementation.

There is no doubt in my assessment that the 15 ESRs drawn from different parts of the world in their diversity tackling the CE subject through ReTraCe are important new academic and research actors and their research findings will bring in novel ideas in how to successfully implement CE globally. What is critical at this point is to work together as a team. This is how history unfolds – it doesn’t always announce itself loudly and hence big history-making events are often easily missed. They only become prominent after the event, when we look back and say that was the moment this happened and we wonder how we never saw them-ReTraCE is History-making. Watch the space!!!!!

Overall, understanding the role of ESRs as research actors in the CE discourse helps us appreciate that they can play a key role in aiding our understanding of the circular economy concept which to many is still new and in its infancy. 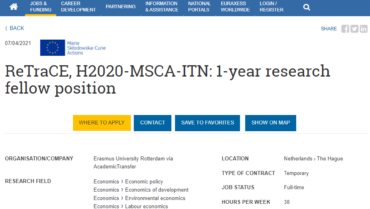