THE POWER OF WORDS 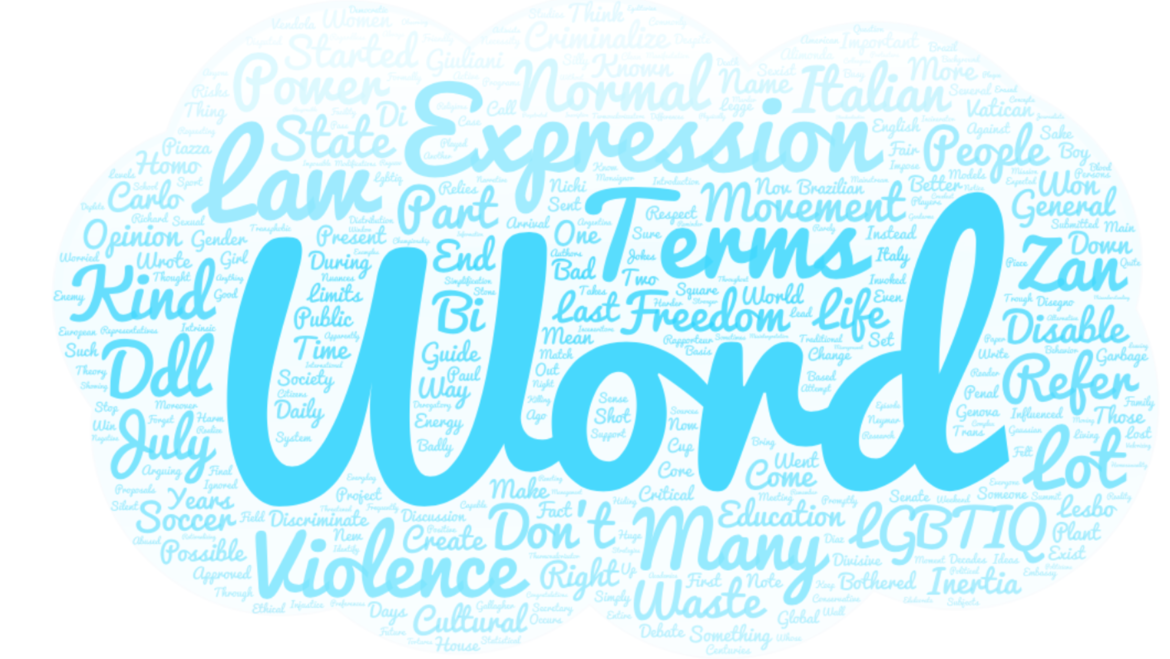 In Italy, a critical discussion about a project of law, known as DDL Zan (DDL comes from “disegno di legge” in Italian and Zan because of its rapporteur’s last name), which was approved by the House of Representatives on Nov 4th, 2020, has started a divisive debate, since its arrival at the Senate, last July 13th. In fact, this law has been submitted for more than two decades, and several presented proposals (the first by Nichi Vendola in 1996) were all promptly shot down, disputed, ended badly. For the sake of simplification, the core relies on the criminalization of homo-lesbo-bi-transphobic violence and discrimination (or sexist or disability-related), which simply does not exist yet in the Italian penal system.

Despite the importance and necessity of this kind of law, it is bothering a lot.  The Vatican, through its Secretary for Relations with States, Monsignor Paul Richard Gallagher, sent a note to the Italian Embassy in the Vatican formally requesting some modifications arguing that there are risks for the freedom “of meeting and manifestation of thought with the word”. Some part of the public opinion is also worried about freedom of expression, related to some words and terms that have commonly been used throughout the times to refer to  homo-lesbo-bi-trans persons, women, and disable subjects as well, guided by cultural background during centuries of ignored injustice. Moreover, freedom of expression is also invoked by this conservative part of society to state that such a law would criminalize their support to traditional family and, by the introduction of educational programs, impose new models based on what they call “gender theory” (an expression to refer in a derogatory way to LGBTIQ movements and gender studies).

On July 11th Brazil lost the American Soccer Cup to its enemy Argentina (by the way, congratulations to Italian soccer time that won the European Championship after 53 years also recently). What did people say (a lot) about the Brazilian match? That Neymar, one of the main Brazilian players, played as a girl (the specific word is “femminuccia” – Italian word defined in English as: 1. endorsement of female, and 2. weak and fearful man / shy, emotional child who cries easily)! Apparently, as it is intrinsic to the soccer vocabulary, this kind of expression is normal to be said (normal – in a statistical sense of Gaussian distribution – what occurs more frequently, and as it often happens, we don’t even notice!). A law as DDL Zan would make daily life more complicated for those who just think it is normal to discriminate.

For respect, the authors won’t write down words normally used to refer (or make silly and friendly jokes) to homosexuality, disability, or women in general. Still, we are sure that you, readers, can think about many of them right now. Don’t you?

Freedom of expression is a right of the democratic state; however, ethical limits must be respected regardless of differences related to religious, political, sexual, or even sport-related preferences of everyone. These limits can be set by education, which is the basis for an egalitarian and fair society. Education takes us out of inertia, generates critical and active citizens, capable of observing the nuances of everyday life, rationalizing, and expressing opinions and ideas that guide us to a better future.

Critical behavior is expected in academics, right? So, a question for our colleagues: are you able to identify any normalized word or expression in your field of research? Anything that bothered you and could lead to misunderstanding or misinterpretation of concepts, influencing public opinion throughout generations?

What about “termovalorizzatore” (thermovalorizator), too often used in italian instead of “inceneritore” (incinerator). This waste management facility is better known in English as a garbage power plant or waste-to-energy plant. So, also in English, there is the attempt to present it as something positive, something that creates a good thing (power, energy) from a bad thing (garbage, waste). Anyone living the inertia of busy daily life cannot realize the kind of harm it could bring; after all, it is “valorizing” waste to other levels. So how could it be bad?

Many other examples of words used to create a narrative which “edulcorate” reality are possible. In these days, it is impossible to forget the huge cultural violence that occurred 20 years ago against the no-global movement. We all know that violence was physically perpetrated on the activists and protesters in Genova in July 2001, during the 27th G8 Summit. In this case, there was also another violence created to stop that movement, to silent it: the violence of words.

From that moment on, “no global” started to mean something negative for many people, influenced by mainstream sources of information. The mission was to criminalize, deplete and misrepresent a complex international movement showing the world that an alternative is possible. Using and “hiding” words was one of the cultural strategies used by many politicians, many journalists… many powerful people who felt threatened by the possibility of a change to come. The cruelest episode of those days, the killing of a boy named Carlo Giuliani by a gendarme, was rarely referred to as “murder” but quite always as “death”.

Sometimes words can be stronger than other means. We all remember that, after the end of the tortures of Genova, someone went into the “Diaz” school, where many people had been abused for an entire night, and wrote some words on a piece of paper, leaving it on a window: “Don’t clean up this blood”. Someone else went to Piazza Alimonda (Alimonda square) and erased the inscription from the stone plaque on the wall: instead of it, they wrote: “Piazza Carlo Giuliani – ragazzo” (Carlo Giuliani square – boy).

If you want to know more about what happened in Genova 2001, watch the movie Diaz, available on streaming platforms.

Just a final reminder: don’t let the inertia win. Be part of the change, be responsible! Keep moving and reacting against the standardization. Don’t let them pass without notice! 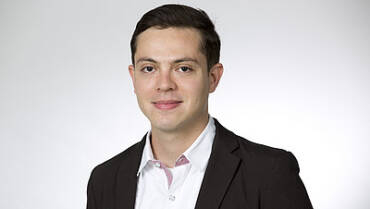 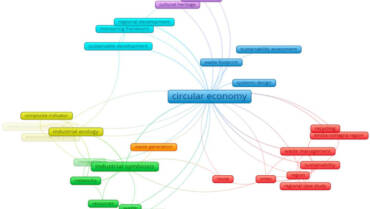 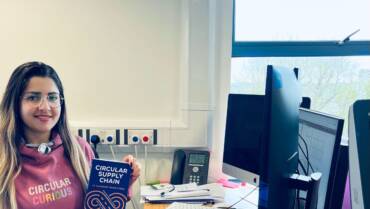